It was just one of THOSE days on the farm…

Normally, with a title like that, it’s followed with a picture like this! Just a little scene I came home to late one afternoon – 4 cows out! They had been everywhere, frolicked in the milking parlor, knocked many thing down, tore open a bag of feed (just a few scoops left in it thankfully!) and devoured it, tracked mud everywhere…just like wayward kids making mischief when mom is gone!

But this time, it’s meant in a good way….a day when everything just falls into place….my grandma would have said “like buttah”.

Two of my son were spending the day trying to get some projects done on the farm.  We purchased a piece of equipment (more about that later!) and we needed to take inventory because some things were missing – there are hundreds of parts and we though it would take the better part of the day.  These two guys had it done in about 3 hours!

Next project was putting ear tags on two of the newest calves!  Easy peasy!  Done in minutes! 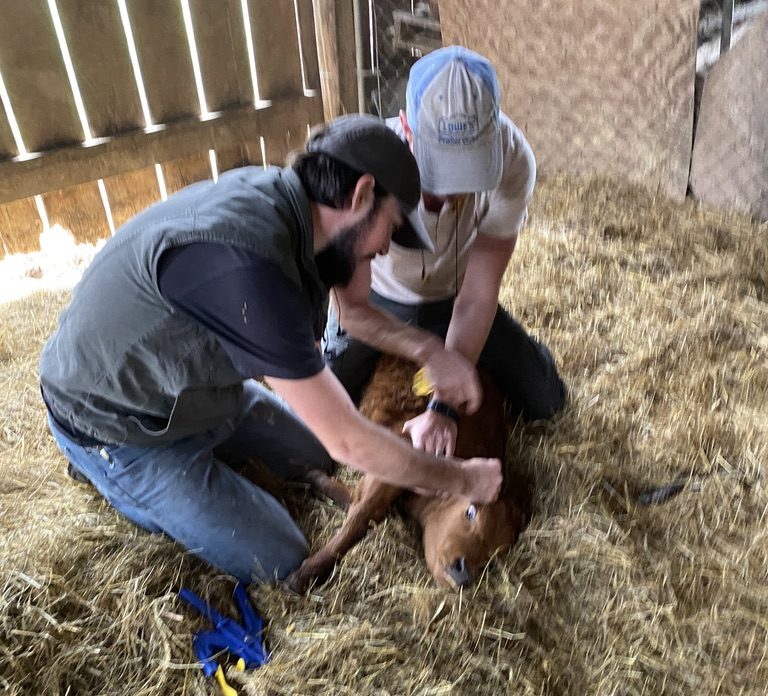 Now it was time to get all of the cows ear tagged and tail hairs pulled for genetic testing and registration. I’ve got three girls I’d like to sell and the father of all is a fairly well known Irish Dexter bull, Euchee Creek’s Red Sonny. This is something we should be doing when they are little ones. Sometimes life gets in the way and before you know it that 100 lb. calf is now an 800 lb heifer and it is NOT so easy to do!

Let me just say that the last time Elijah and I tried to get all of the cows in the corral…it took over 3 hours.  It was 2 pm by now and they weren’t sure they’d be able to get that done.  Off they went down the hill to dump some feed into the feeder in the corral.

Ten minutes later…TEN MINUTES PEOPLE!!!…I had a call that they had all the cows in the corral.  The only ones that didn’t come were three steers that didn’t need to go in the first place.  just.ten.minutes  This was truly a blessing from the Father! 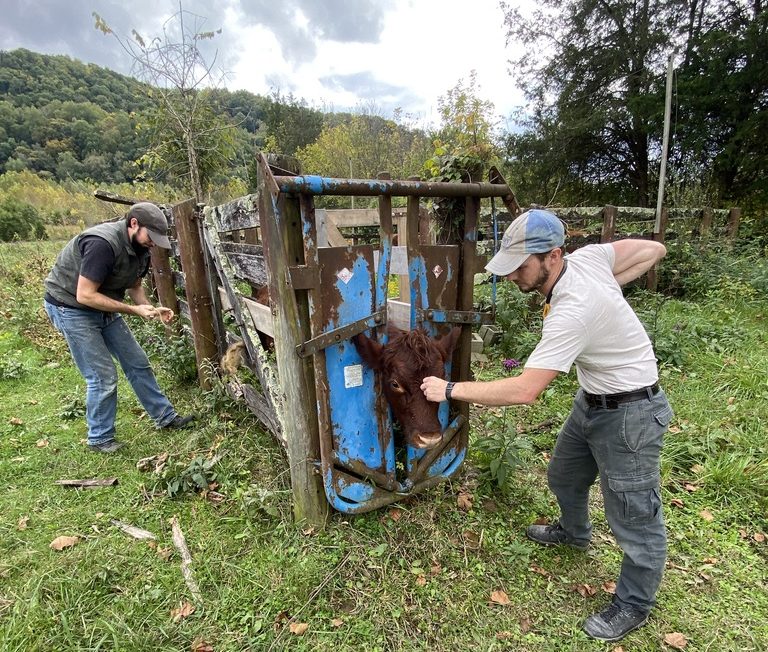 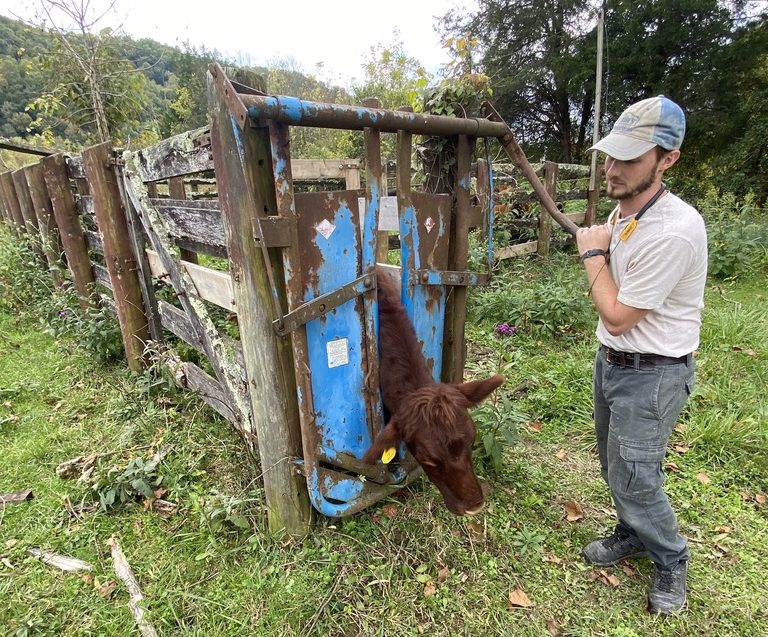 And off she goes – bellowing all the way – she was NOT happy at being poked and pulled! It’s so much easier when they are little – don’t make the mistake I did and let it go so long!

Next item on the list…to move Goodie (due to give birth soon) to the upper barn field so when she got closer I could get her into the barn in the hopes that THIS time mama would bond to baby. I’ve been bottled feeding someone since the end of June – so tired of this chore! The boys just decided to let Goodie follow them with a bucket of feed.  I never thought that would work.  Believe it or not, she pretty much trotted behind them all the way to her new field on the other side of the farm.  No issues, never tried to run…I’m telling you it was jaw dropping to watch that happen.

There was even some time left to do some little projects around the farm…it was just one of those golden days when everything goes absolutely the way you hoped it would.  They are rare…cherish them when they come!