Did My Iridotomy Fail?

Remember this post on my iridotomy? I remember clearly my eye doctor telling me that if my eye got red, swollen and painful, to see him right away because the holes created by the laser could fill back in and it was imperative to have it fixed quickly so I didn’t loose my vision.  He may have actually said the word “blind” {shudder}.

Well a few weeks ago, I woke up at 4:00 in the morning.  I should say pain woke me up at 4:00 in the morning…eye pain.  As I turned  on a light to see what was going on , I realized that even looking straight ahead, I could see my lower lid protruding.  It hurt to blink, hurt to close my eyes and it was so swollen – even well below my eye!  And it was weepy! SO much pain!

Of course, first thing I think of is “did my iridotomy fail?”  Sleeping was out of the question because it hurt to close my eye! I had no idea how often people blink – every blink was a stabbing pain.  I tried cold compresses to reduce the swelling. I took a capsule of lavender, lemon and peppermint essential oil – my go to for allergies, to see if that would help.  Nada!

I just decided that I would be at the doctor’s office when he opened to have the holes from the laser checked to make sure they hadn’t closed in.

I was there at 8:00 a.m. I looked like I had been punched in the eye – the swelling was increasing. Scary to me!  They were able to work me in and first thing they checked was the iridotomy.  It was fine – holes still open and he told me that it was rare to see that happen.  Once in 25 years of practice had he seen an iridotomy fail.

So what was it?

An oil glad deep in the lower lid had gotten plugged.  I needed to go home, use HOT compresses and massage the area.  The cold compresses I had used for relief actually made the situation worse. Evidently, when it gets plugged the liquid oil becomes solid and HOT compresses would help turn that back to liquid so it could be released. He told me that it was terribly painful and would be till that gland could be released.  He suggested 2 to 3 times a day for the compresses.  He also mentioned that if it got infected we’d be looking at antibiotics. He said it could take up to 4 weeks to resolve. 4 WEEKS!?!

I had been scheduled to take my mom for an ultrasound that morning so I was trying to figure out how to do that in my condition. Driving was dicey.  However, one of my amazing daughter-in-laws had been working behind the scenes (I may have texted all my kids at 4 a..m. to be praying for my eye!) and had it all worked out so that I didn’t need to do that.  I headed home.

I used plantain compresses as hot as I could stand it over and over all day long and massaged the area where the gland was plugged.  By evening the swelling was down a bit and the pain was greatly reduced.  I fell asleep with the last hot compress on my eye.  By morning the pain was gone and the swelling completely resolved itself in just a few days.  There is still a small red area on the rim of the eyelid where the oil gland was blocked but everything else is back to normal! 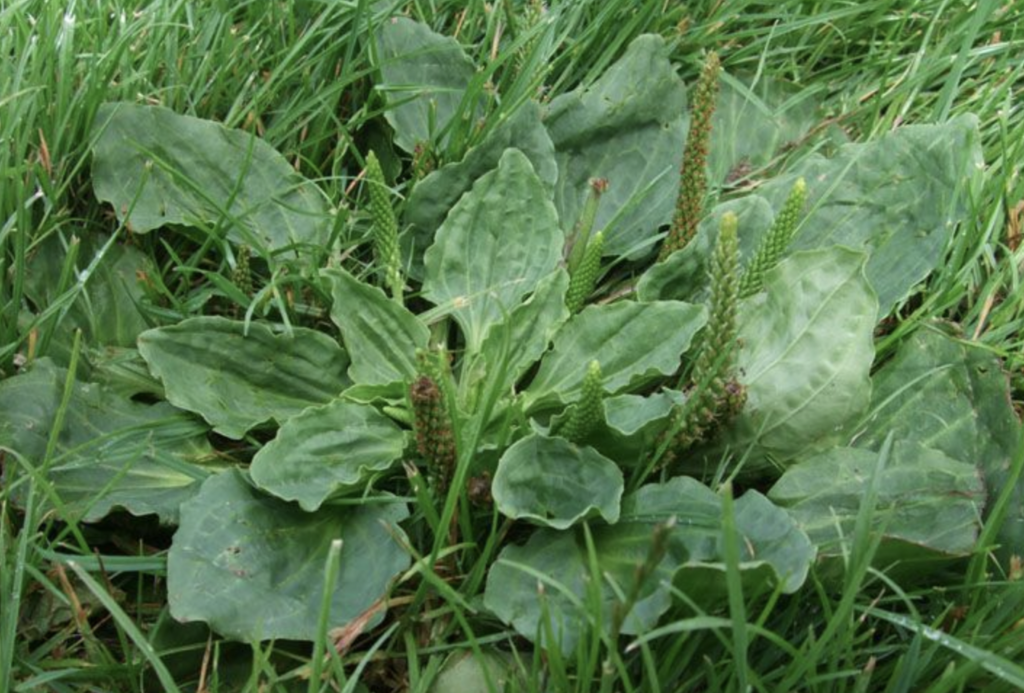 So if you have something like this happen after an iridotomy, see your doctor but don’t panic!  Oh…and reach for a hot compress! Although the doctor recommended hot water, I know that plantain draws and I believe that is why mine resolved so quickly – less than 36 hours as opposed to 4 weeks!

Plantain has many beneficial uses! One of my favorites…bug bite or bee sting?  Pick a leaf of plantain and chew it up and put it on the bite.  It will draw out the venom, reduce the swelling, discomfort and itch often associated with those bites and stings.  I’ve taught my grandkids about plantain so that if they are out playing they know what to do if something decides they look good to eat!   Now you know what to do too!